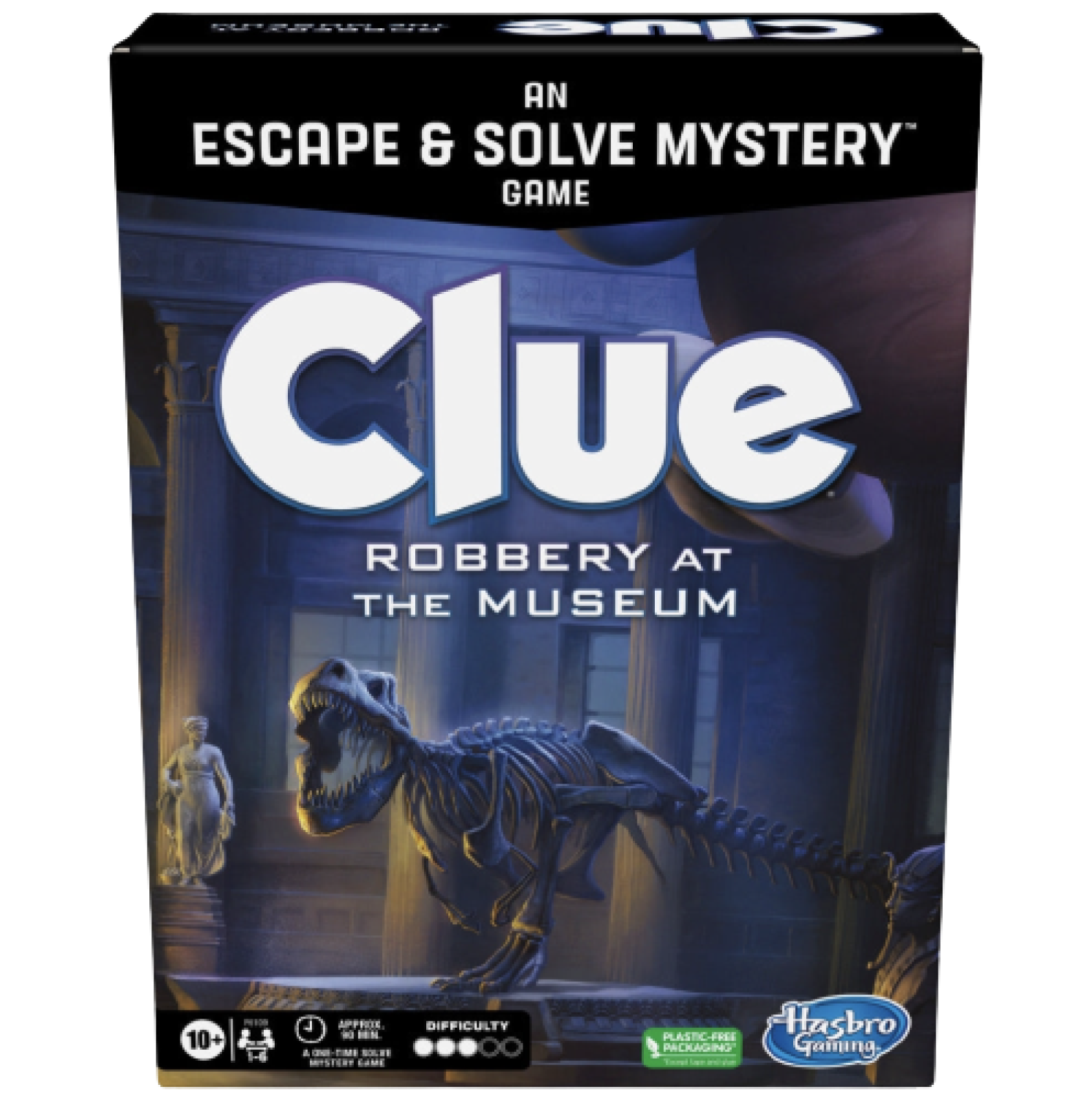 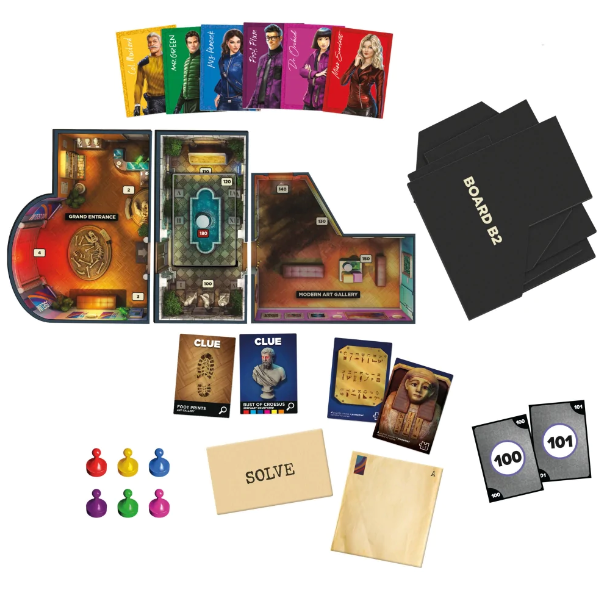 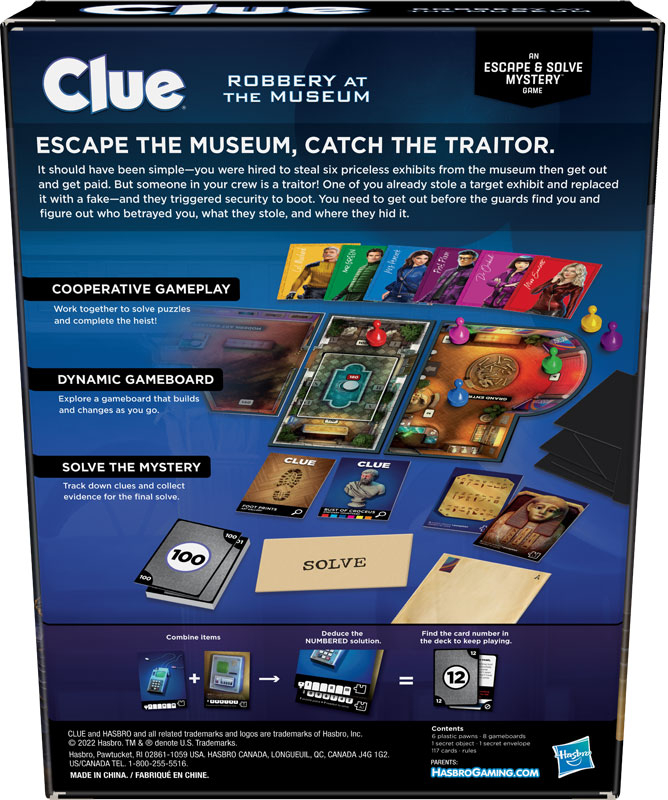 Clue: Robbery at the Museum

Escape the museum. Catch the traitor.

It should have been simple- you were hired to steal six priceless exhibits from the museum then get out and get paid. But someone in your crew is a traitor! One of you has already stolen a target exhibit and replaced it with a fake- and they triggered security to boot. You need to get out before the guards find you and work out who betrayed you, what they stole and where they hid it. Cooperative gameplay. Dynamic Gameboard. Solve the Mystery.

Players move their pawns around a gameboard that’s built room-by-room as they explore the museum, draw cards, solve puzzles, unlock new rooms, and uncover clues. After escaping the museum, players review the clues they’ve collected and use deduction to make a correct accusation and win! Gather friends and family together for a game night they won’t forget as they immerse themselves in a cinematic, single-play experience. This escape room game is for 1-6 players, ages 10+, and it makes a great gift for fans of the original Clue game and escape room enthusiasts.